Eric Murray's winning habit won't let up after he claimed his seventh sportsman of the year award at the 2016 Brian Perry Waikato Regional Sports Awards at Claudelands Arena on Thursday night.

The award has almost been exclusively Murray's since 2009 for his outstanding achievements in rowing, with Hamilton boxer David Nyika the only other winner of the prize after winning gold at the Commonwealth Games in Glasgow in 2014. The champion duo's triumph in Rio capped a remarkable run, where Murray and Bond have raced 69 times in elite competition without losing since 2009.

Both are now enjoying a year off from rowing, with their futures uncertain after winning gold medals at the Olympics and World Championships. 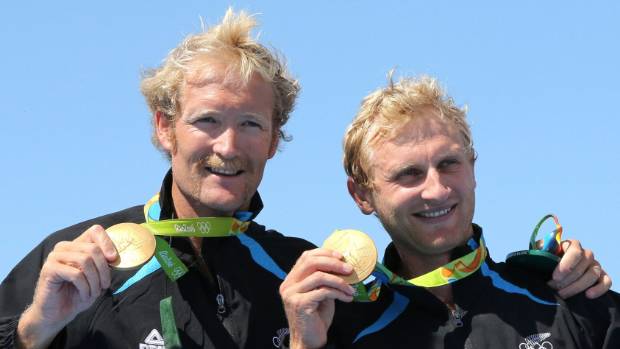 Nikita Howarth took out the sportswoman of the year award for her exploits in Rio, after winning gold and bronze medals at the Rio Paralympics last September.

The Cambridge para-swimmer turned 18 last month and 2016 was her best year to date, after first gaining recognition as New Zealand's youngest ever Paralympian at 13 at the 2012 Games in London.

She came of age in Rio, and after claiming bronze in the 50m butterfly S7, Howarth won gold the following day in the 200m individual medley S7. 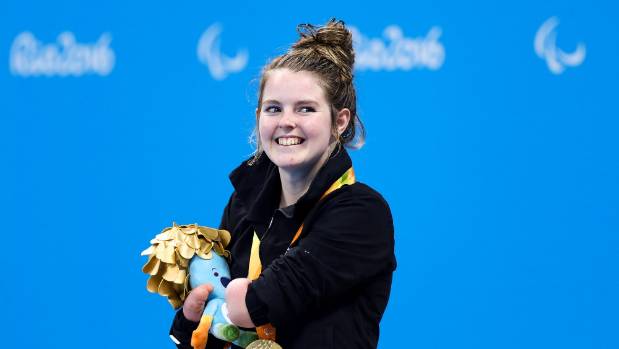 Nikita Howarth stands on the podium after winning her gold medal at the Rio Paralympics.

The Te Awamutu Swimming Club member won another gold in the 100m butterfly multiclass at the IDM Berlin Open and broke the world record in doing so.

All Blacks assistant coach Ian Foster won performance coach of the year for helping the All Blacks accomplish a world record winning streak (18) for a tier-one nation in test rugby.

The All Blacks also dominated the Rugby Championship and won all six matches with bonus point victories, and only lost once in the calendar year to Ireland. All Blacks assistant coach Ian Foster has helped guide the world champions to further success in 2016.

Melville Rugby Club made Waikato club rugby history after an unprecedented year of success, which saw them awarded club team and club of the year.

After winning the Waikato club sevens competition in 2015, Melville have since won every regional and national title on offer in sevens and 15s.

Their greatest moment was glory in club rugby's premier competition, as they claimed their first Breweries Shield title in 35 years with an 11-6 victory over Hamilton Old Boys in the final. 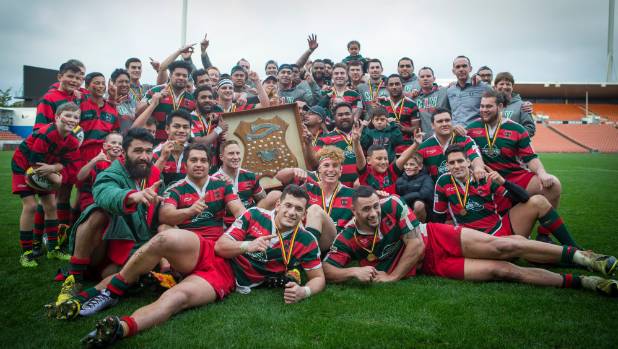 Melville have dominated Waikato club rugby throughout the last 15 months.

Team of the year went to the Waikato Golf Senior Men after retaining the national golf championship - the Toro Inter-Provincial team event - late in 2015.

A team of Luke Toomey, Nick Coxon, Denzel Ieremia, Sam Vincent and Chris Charlton (and Daniel Graham in reserve) went back-to-back after their triumph in 2014, with captain and No 1 Toomey named player of the tournament for the second year running. Wellington won the title in 2016.

Samantha Sinclair was chosen as emerging talent of the year after she was named in the Silver Ferns squad in November for the first time.

The Magic star was a consistent performer in last year's ANZ Championship and she also played in the New Zealand FAST5 Ferns that won their fourth straight title.

Referee Sarah Jones was named official of the year after officiating at the 2016 Rio Olympics.

Jones is also one of the first female assistant referees to be appointed to the A-League panel, and she has covered games in Australia and New Zealand this season.

Secondary school sportswoman of the year was Charlisse Leger-Walker of St Peter's School in Cambridge after the junior Tall Fern was nominated as one of the International Basketball Federation's top 10 players to watch.

Leger-Walker was a member of the New Zealand U18s 3x3 team that finished 5th at the World Championship. She has also captained the Tall Ferns U16s team.

Ross coaches all U15s crews and was Waikato Rowing Club's coach of the year in 2016.

Sue Conroy won administrator of the year for her work with the Waka Ama community in the South Waikato and wider district.

The winner of the innovation in sport & recreation award went to Fit for Farming for helping to keep rural people fit and active with cycling and walking events.