Jamie Barakat and Laura Williams went to high school together in the Waikato, and now they're headed to New York Fashion Week.

Both now 26, the pair now work together at Ktizo in Hamilton. They'll be working with the Wella team backstage at Zimmerman, and hope to pick up other shows once they're on the ground.

Barakat and Williams travelled to Sydney in January for the selection process, which was run by celebrity stylist Travis Balcke. Usually only one New Zealand stylist would attend, but the brand made an exception for these two. 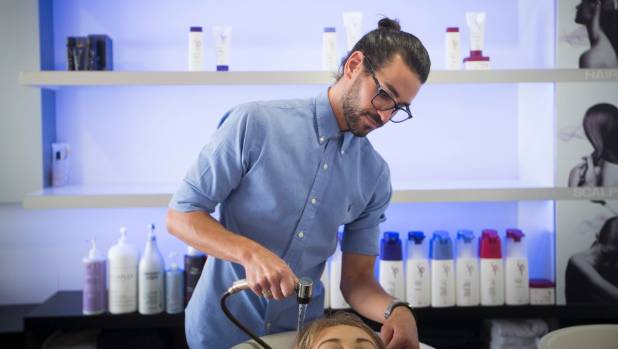 Jamie Barakat is the floor manager of Ktizo in Hamilton.

"It was really quite scary because everyone was amazing - there wasn't a hairdresser that you looked at and thought, your work sucks, you're not getting in," Barakat says.

Twenty hairdressers were there to give it a go, with five selected for the New York team.

"Everyone was really talented, but at the end of the day it just came down to personality and team work." 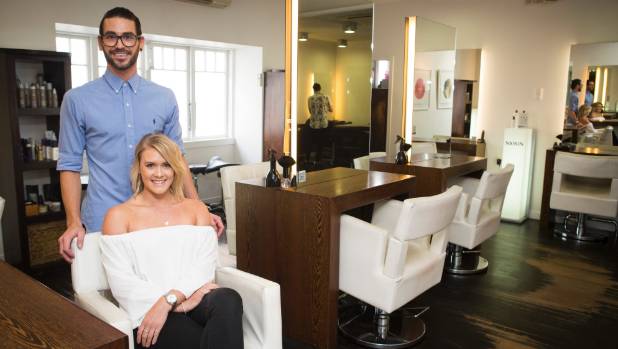 The pair flat together as well as working at the same salon.

Barakat and Williams' friendship was a strength there. They share a flat as well as working together, so they know each other's strengths and weaknesses. Even going over to try out together was fantastic, Williams says.

"There was just so much talent in the room that it was like anyone could have got it... We were driving back home from the airport and that's when they called us," she says.

"We were screaming in the car, I couldn't even believe that we both got in." 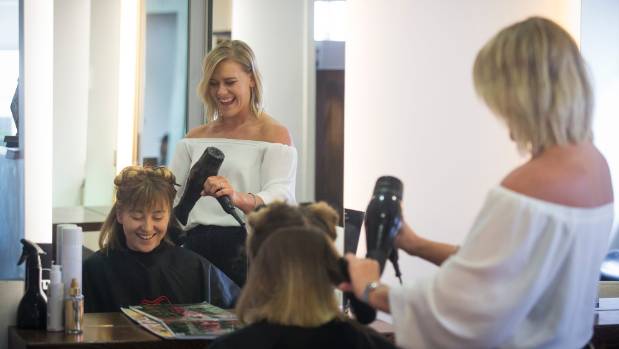 New York is a fair distance from Te Kauwhata, where Barakat and Williams first knew each other as teenagers.

"I was working part time at a hairdresser in Te Kauwhata and Jamie was working at a cafe just down the road," Williams remembers. "I'd go down and buy my lunch and we'd chat."

When she left uni to return to hairdressing, the pair met again and quickly became inseparable. They're now "like yin and yang," Williams says.

They went into the selection process knowing that the chances of both of them going to New York were slim, but Williams says she would have been happy for Barakat otherwise.

He would have been "bloody ropeable" to have to stay home, but he says it with a laugh.

Both hairdressers have worked at New Zealand Fashion Week before, so they have some idea of what to expect. It'll be fast-paced and intense, but they're looking forward to it.

"I love session styling," he says, referring to working backstage styling hair, rather than cutting and colouring in salons.

"I'm really excited about getting my hands in there and being thrown out of my comfort zone," Barakat says. New York itself is a massive drawcard, of course, as is the chance to make international connections.

"For my career, to be able to say that I've worked at NYFW is just a dream come true," Williams says. Both hope that the trip will put them on the radar of senior Wella staff.

"If we do well on this then it opens up a whole lot of other opportunities - if we don't screw up when we go then we get to do Mercedes Benz Sydney Fashion Week as well," Barakat says.

"Hopefully we prove ourselves enough that they think of us when they need to fill their team or need assistance. It's always been hard being from NZ - obviously it costs [Wella] more to get us over with flights, but so far they've been amazing."

While internationally, being from New Zealand has meant Barakat and Williams have had to work harder, within the country, they feel that Hamilton has been unfairly maligned. Williams moved down for her job a year ago, and says the change has been brilliant.

"I don't know why Hamilton gets such a bad name, I think [the standard of hairdressing] is really good," she says

"The salon here is so busy - if anything it's busier than Auckland, and I've had more opportunities here than I did up in Auckland."

She puts it down to the smaller number of salons in Hamilton, but whatever the reason, Williams and Barakat have both done well.

Whatever comes next, they're both thrilled, but for Williams the chance to work on Kendall Jenner or Gigi Hadid would really finish it off.