It's a blink-and-you'll-miss-it kind of town, but come the weekend, Taupiri Takeaways is where it's at.

The fish and chip shop on Great South Road may be little and in a tiny town, but you'd never know it from the business it attracts.

Many of the 450 residents in the north Waikato village know to get in quick. 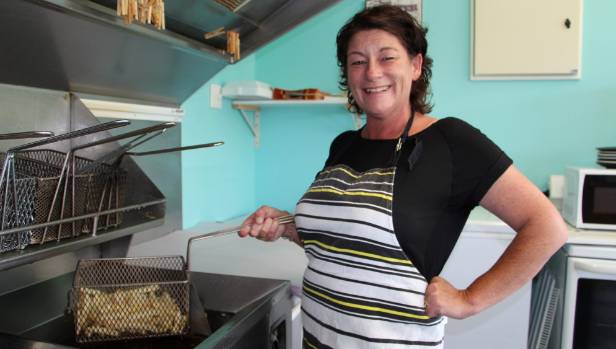 Jacqui Winchcombe believes good drainage is one of the secrets to good-quality chips.

"We definitely have the ones that order the same thing, same time, every week ... but we are seeing a lot of new faces," co-owner Jacqui Winchcombe said.

"We had a guy who was driving a flash-as Hummer. He had just done a wedding in Hamilton and someone from the wedding recommended Taupiri." 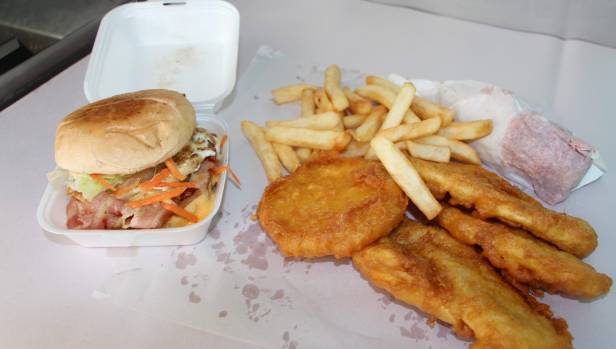 Tuesday through Sunday evenings, you'll find Jacqui at the fryer.

On weekdays, husband Trent will take on shifts along with their kids - 16-year-old Mikyla and 15-year-old Jake.

But on Friday and Saturday evenings, it's all hands on deck as dozens of orders fly over the counter.

It's a real family kind of business ever since the couple purchased the shop in March.

They weren't new to the scene, though. They owned another fish and chip shop down the road about a decade ago.

It was hard work running a business with two littlies, so they sold up.

The trained chef said they made the decision to get back into it because Trent was made redundant from the Huntly East Mine.

The opportunity came up just as they were rethinking their employment situation.

The decision seems to have worked out better than anyone expected.

"Trent's really enjoying it," Jacqui said. "It's really surprised him and the kids.. it's just taught them so much - like customer service and phone manner... we have such fun, we get on really well."

Sometimes her mother pops in to do the occasional shift as well.

While it seems to be just a "little fish shop on the side of the road," Jacqui said, there's a lot more work than meets the eye.

Every day before before opening, she travels to Seafood Bazaar in Hamilton to buy the day's fish.

Freshness is key, she said.

Her homemade fritters, fish and hot dogs are all battered the minute before they hit the oil.

It may take a little longer to get the orders out, but it's all worth it, Jacqui said.

"I make them all fresh all the time, I don't precook ... it just doesn't cut the mustard at the end."

Top sellers include the fish, of course, and the works burger.

Jacqui is also particularly proud of her hotdog, which is made with Hellers sausages.

"I tried every sausage to get the best one."

The family hasn't reached the one-year milestone yet, but the future looks bright.

The chips tasted very fresh and weren't oily. The fish had a delicious batter and the flesh was well cooked. The works burger was so generous, it had to be de-constructed to be eaten - they weren't stingy with the ingredients, which all went together well. The corn fritter was delicious and the kumara fritter, while nice, was just a little bit dry. Caitlin Wallace