A development is set to begin on Raglan's Rangitahi peninsular.

A Raglan housing development has residents concerned about the pressure it could have on existing infrastructure in the town.

Construction is due to start this year on the infrastructure needed for a residential development on the Rangitahi peninsular, Sophie Peacocke, who is part of the projects sales and marketing team, has said.

The large farm in western Raglan has been divided into sites, some sections have already been sold. 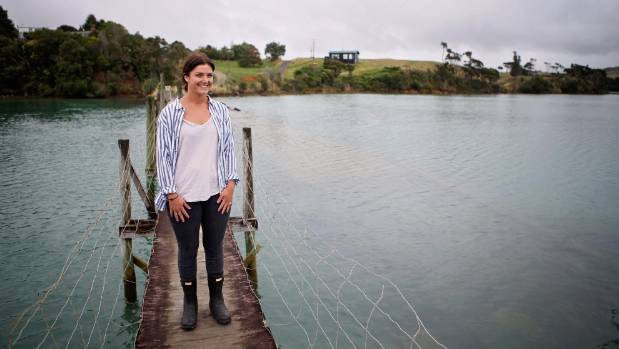 Sophie Peacocke's family are developing a peninsula in Raglan on the Whaingaroa Harbour.

With it will come population growth for the small town. Some homes might be just for holiday-makers, some have already been secured by current Raglan residents, but some will be new residents looking at escaping the rat-race.

Peacocke says growth will be slow.

The project is family focused, and will include footpaths leading around the neighbourhoods and across the bridge - an easy walk to school.

The school's roll has been growing steadily over the past few years.

In October 2016 it was announced that Raglan Area School was one of six Waikato schools to receive Ministry of Education funding for two new classrooms.

"In terms of growth I'm expecting the roll to grow steadily and perhaps more rapidly in two or three years time."

The development has been a point of discussion for the school's board of trustees as part of their long term plans, he said.

Classrooms would not be a cause for concern, he said, but field space might be compromised with rapid growth.

"The challenge for the board is that the property itself has some limitations.

"What will be the challenge is that we have already limited field space. That may require the ministry to negotiate with community about additional field space. We can't grow the site physically."

"This development will certainly have impact across all of the community - not just the school."

Raglan Chamber of Commerce Geoff Kelly said the one lane bridge would need to be transformed into two lanes as the population began to expand.

Parking was also a major concern, he said.

"You cannot stop it (Raglan) growing.

"It's all about us as a community managing that change. I'd like to see that growth managed."

He said he would like the council to be more proactive in the town's long term plans.

Waikato District mayor Allan Sanson said the project's predicted completion date of 20 years was realistic and would give the council time to make adjustments as needed over time.

He said there had previously been discussion around what to do about the one-way bridge, and the option of a second bridge but there were no plans to do anything at this stage.

"We probably have a two week period over Christmas where there is a problem, the other 50 weeks of the year it's not really a problem.

"If they want a new bridge maybe we will look at it, in this game never say never."