Balloons over Waikato take to the air for festival

The Balloons over Waikato festival began its programme with the mass inflation of balloons at Innes Common. A big crowd assembled to watch the balloons take off.

Penelope Seibicke found the perfect spot among hundreds of people and parked up her pram with her three children tucked inside.

Her twins, Lorelei and Clementine, 2, and their older brother Caspian, 4, gazed up in awe at the hot air balloons.

"It's just magical. And there's not many things left that still have that magical draw for kids," Penelope said. 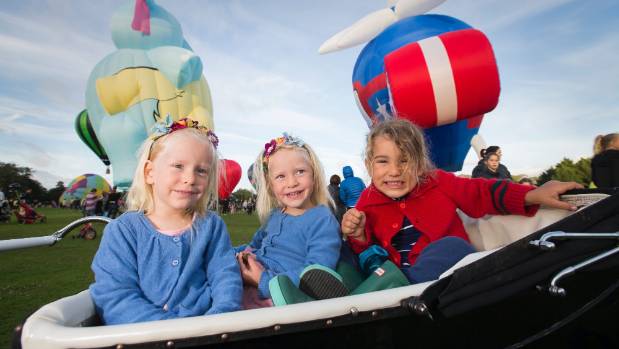 Twins Lorelei Seibicke and Clementine Seibicke, 2, with their brother Caspian Seibicke, 4, have been coming every year with their mum, Penelope Seibicke, dad, and grandparents.

The family have been coming to Balloons over Waikato every year since Caspian was nine months old.

"The kids absolutely love it. Every year they get something new out of it. For months after the festival all they talk about is the balloons. 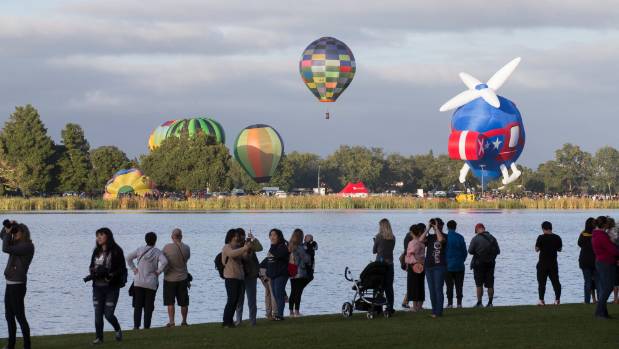 Spectators watched the balloons rise from around Lake Rotoroa, Hamilton, on Wednesday morning at the mass ascension for the Balloons over Waikato.

"The early morning is perfect for the pre-school kids, too," she added.

Penelope grew up coming to the spectacle in Hamilton, and it's now a family tradition, with the grandparents tagging along too.

"It's still just as magical as it was when I was a kid." 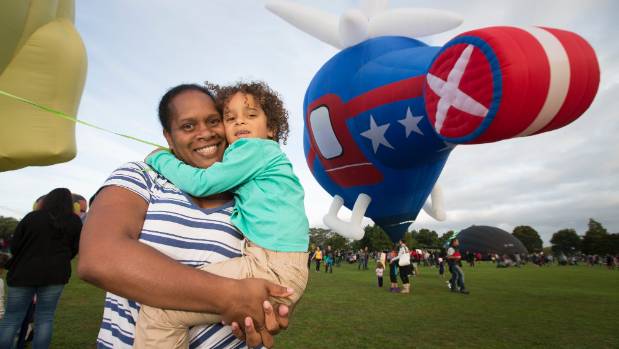 Florina Bird and her child Jaidee Bouwman, 4, were there with hundreds of others to see the hot air balloons.

She said her kids enjoyed watching the 'special shape' Alien Rocket "blast" into the air.

The balloon is from Canada, and was hand made by pilot Alain Bard. He spent about 800 hours of labour making the design.

There were cheers from the crowd as the first balloon took to the air on Wednesday morning at Innes Common, near Lake Rotoroa.

One by one each balloon rose into the sky, initially setting a path for Claudelands. However, due to the wind conditions, they ended up near Waikato University.

The decision to fly was made in the early morning by the pilots, crew and organisers, with conditions cloudy with a mild wind.

Balloons over Waikato managing director Michele Connell said they were very happy with day one of the festival. 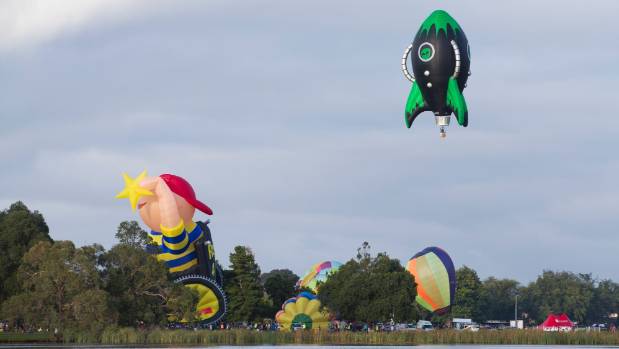 The Alien Rocket hot air balloon blasts off into the sky. The pilot, Alain Bard, is from Canada and hand made the balloon, spending about 800 hours working on it.

"It's always good to get the balloons in the air on the first day, after a year in the making. So that in itself, is a success for us."

Two of the 'special shape' balloons - Robbie for Ronald McDonald House and the Resene in Love with Colour Lovebirds were the only balloons to not fly.

"It was the first time both balloons had been opened since they made it through customs," Connell explained. "By the time they got them out and opened, with a lot of entangling, it was too windy."

The balloons will try to lift off again on Thursday morning at Innes Common, with the first 2000 spectators receiving a free breakfast.