The Ngaruawahia Loaded Tough Guy and Gal Challenge attracted about 1200 competitors over the weekend.

The dangling electrified wires were the major hazard on the course.

And some spectators at Ngaruawahia's Loaded Tough Guy and Gal Challenge displayed a sadistic streak as they told the racers they wouldn't feel a thing.

"Oh my God, you can f**king feel it, you liar," one competitor yelled as the current tickled her back.

Kovo MacDonald was the first woman and second 6km runner to finish, but felt like she could have done a second lap.

About 600 racers competed on a 6km or 12km course at Ngaruawahia Christian Youth Camp on Sunday.

Some dressed in lab coats, some in cow onesies, one as the Hulk. 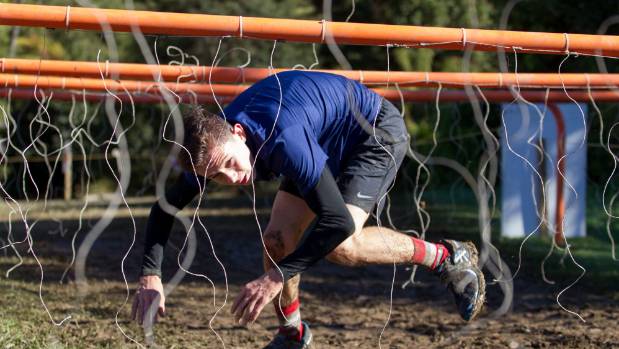 Charlie Knox, 16, made it through the electrified wires to be the first 6km runner across the line. The King's College, Auckland, student hopes the win earns him excellence in a PE assessment.

Their techniques varied when they reached the live wires - from taking the hit, to hurdling, to commando crawling to a knee slide.

Once through that, competitors still had a lake to cross before the finish line.

First of the 6km runners was King's College student Charlie Knox, who finished first in a little over 27 minutes. 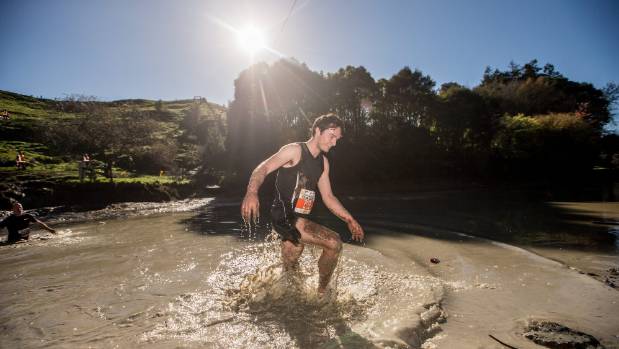 Competitors had to cross a lake to get to the finish line. Pictured is Mark Shaw.

The 16-year-old Aucklander was doing the race as part of a PE assessment.

"I'm hoping for an excellence," he said. 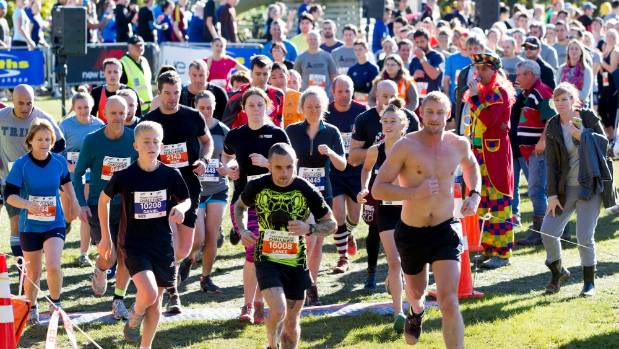 About 1200 competitors all up lined up for the Tough Guy and Gal challenge in Ngaruawahia on either Saturday or Sunday. Pictured is the start for Sunday's 12km runners.

The keen trail runner felt she could have gone another lap.

"So much fun. Everybody should do it," she said. 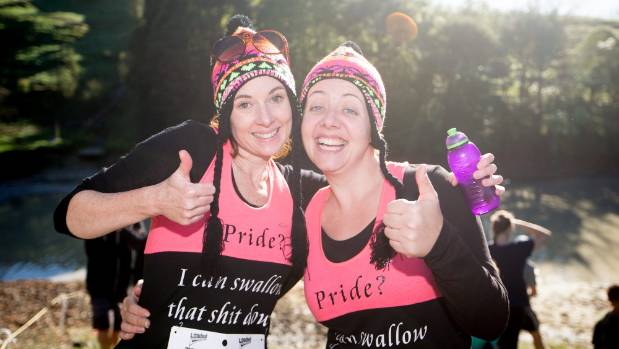 Fleur McLellan and Steph Harrogate were ready for the challenge, with specially made T-shirts.

The 13 wahine were in the race to promote women's health, said team leader Narena Dudley, a doctor at Waikato Hospital.

Injuries had ruled out a few members, she said, and "someone's cat got sick last night, but we've managed to replace them". 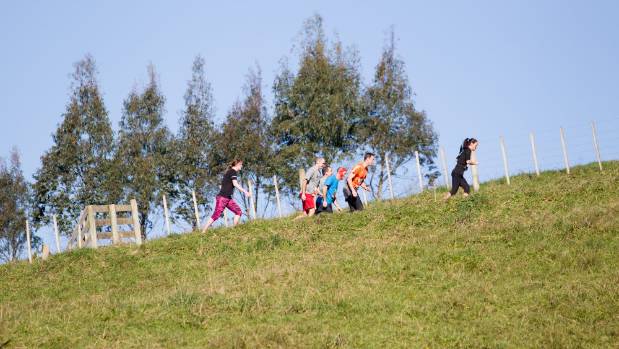 The course at Ngaruawahia Christian Camp is said to be one of the most physical.

Hill Laboratories also had a corporate team in the race, lining up in lab coats that didn't stay white for long.

The results were probably going to end up in the weekly newsletter, James Meikle said, so there was a bit of competition.

Tough Guy and Gal races happen in six venues and the Ngaruawahia course is one of the most physical, event director Murray Fleming said.

Many of Sunday's competitors were first-timers and women composed just over 60 per cent of the field, he said.

"There are a lot of tough gals."

About 3000 primary and intermediate schoolchildren raced in Ngaruawahia between Wednesday and Friday, and 600 adults taped on their shoes and braved the mud on each weekend day.