Raglan R&R is a new glamping getaway based in Te Uku, a 30-minute drive from Hamilton.

Hamilton residents looking for some rest and recreation can find it in Te Uku.

The small town is a 30-minute drive from Hamilton's CBD and is now home to Bruce and Brenda Teddy's "rural retreat".

The couple's glamping project launched late last year and started out as a hobby for Bruce. 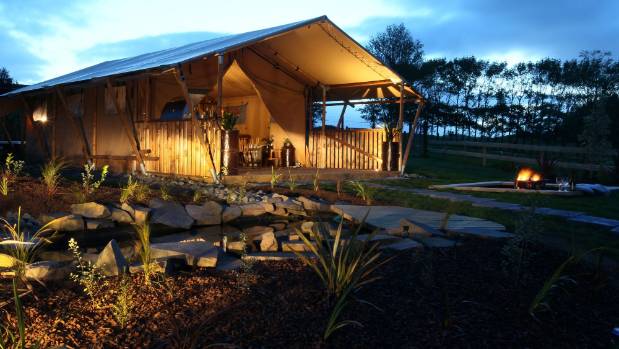 Bruce and Brenda Teddy's glamping tent is kitted out with a pond, spa pool and fire pit.

Now their site is complete with a pond, a spa pool, a kitchen, a fire pit and a fully-equipped bathroom.

Glamping is a form of camping involving accommodation and facilities more luxurious than those associated with traditional camping. 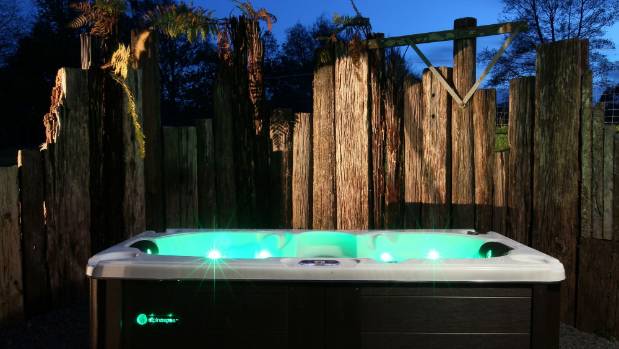 Having a spa pool out the back was a no-brainer for the Teddy's.

Gone are the days where outdoor enthusiasts need to pack the car filled with everything but the kitchen sink.

The Teddy's site does include a kitchen sink, but none of the camping hassle. 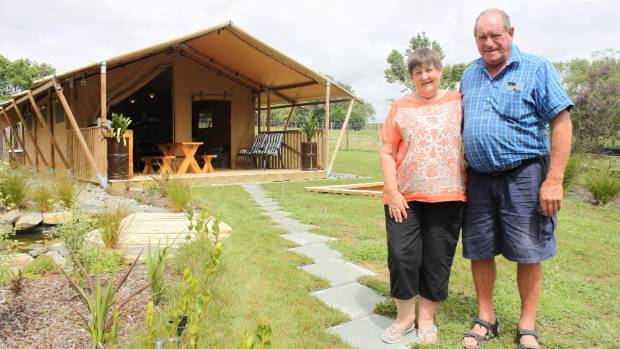 Brenda and Bruce Teddy outside their glamping tent in Te Uku, Raglan.

"Everything's here for glamping, but it's mainly the peace and quiet. You still have the rural atmosphere."

The couple imported a $12,000 tent from Holland, which they have furnished with rustic features.

Bruce laid the floor and designed the landscape himself, with help from family.

The Teddy's venture into hosting is a natural progression. They've been involved with the hospitality industry, and Bruce used to own the Whitianga Hotel.

He also had his hand in building Auckland's Sky Tower, pumping concrete from the ground to the steeple.

"I can put my hand to most things, except the electrical parts I don't touch," he said.

"The biggest job was putting the lawns down in the winter and trying to get everything nice, but the first impression was what I wanted.

"What we got back was that the photos don't do it justice, and that's a bloody neat compliment."

Brenda and Bruce always meet and greet the guests and they say that's a winning formula when hosting.

"You can't be an old grump," Bruce said.

And glamping is proving to be the getaway of choice for many people.

Most weekends at Raglan R&R until April have been snatched up.