Plans for adventure lake with international watersport appeal in Huntly

Local couple have grand plans for ex-coal mine land.

Ex-coal mine land sells to neighbours as part of Solid Energy liquidation sale in Huntly.

Land which once served as Solid Energy's Huntly East Mine has been snapped up by the neighbours.

New owners Murray and Jennifer Allen have bordered the 112-hectare plot for over 30 years.

Historically, the ex-coal mining land was a lake and the Allens have been looking forward to seeing the lake restored since the day they moved in. 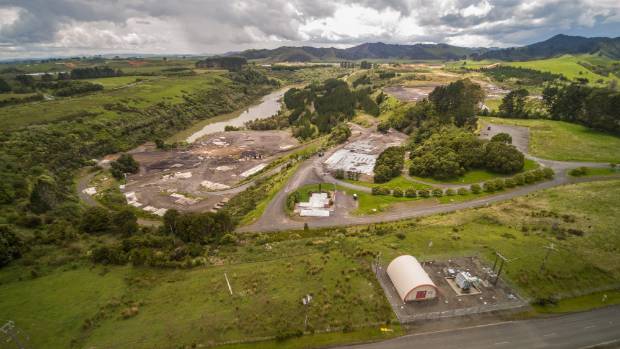 There is a lot of earthwork to be done before the area can be turned into an adventure activities hub.

The mine was sealed and closed in 2017, following the collapse of Solid Energy in 2015.

Murray and Jennifer plan to turn the weed-infested land into a 60-metre-deep lake with a planted walkway. 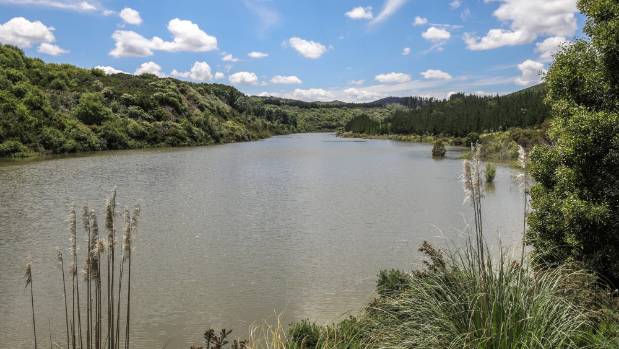 Murray Allen has plans to turn the property into a 60m deep lake.

The couple own Allen Fabrics Ltd in Huntly township and their son Greg runs the 70-hectare farm next door to the mine.

The lake would measure 1.2km in length, qualifying as a international course for watersports, Murray said.

"We want to have mountain biking and watersports here ... there's even a natural amphitheatre to attract shows. 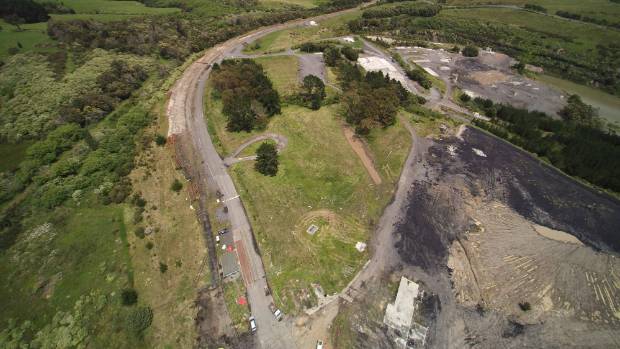 The coal mine was sealed and closed in 2017.

"The idea is to create an adventure activities area."

The lake is around 11 metres deep at the moment and will take an estimated 20 years to naturally fill. 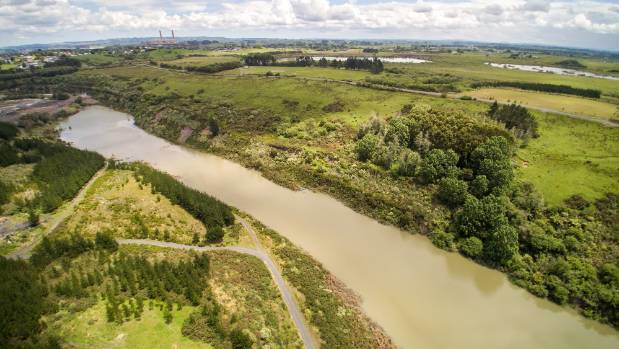 "The expressway has drains that run through into our property and around the edge of the mine.

"We want consent to turn an area into wetland, so we can filter the water from the expressway through the wetland area and into the lake."

"Large volumes of water come down from the expressway in winter, so we're hoping to have it full of clean water in five years."

There's also a push to get the lake filled as fast as possible to flood the mine portals and eliminate the risk of spontaneous combustion.

Murray is waiting on water quality results to prove the swimmability of the water.

He's already taken Greg's yacht out and Greg's even gone for a swim.

"The way the land slopes down, it will be the cleanest lake in the Waikato."

There's a bit of earthworks to be done first, Murray said.

But, he's done bigger work before.

The 70ha the Allens farm used to be used for clay mining.

The couple did the rehabilitation work for this and put it back into pasture in 1992.

The main cost and most time-consuming part will be the planting programme, Murray said.

"We want to plant the whole area around the lake and walkway, as well as weed spraying and cutting down privet trees."

Murray's been an environmentalist since long before it was fashionable.

Murray's also looking for clubs and organisations to bring ideas forward and operate events from the venue.

Located in between Auckland and Hamilton, it's just a short drive for people to visit, Murray said.

The property came on the market before Christmas and it was too good an opportunity to pass up.

"It was just a natural fit for our property.

"I didn't want it to go to someone who was going to turn it into an industrial area.

"I want to turn it into a nice Waikato asset."

Once Murray heard his offer had been accepted, Greg drove his tractor over and created access from their farm.

That was about a month ago and Murray has been flat out since, chainsawing privet trees and spraying 1500 litres of herbicide on the weeds.

For Murray's adventure activities hub to go ahead, he needs the support of both Waikato District Council and Waikato Regional Council.

"There's a bit of concern the authorities might put a dampener on our plans.

"But mostly it's just been a lot of excitment.

"I've always been passionate about Huntly and its future and I am proud of what we've accomplished."

The development will also be something for Murray and Jennifer to pass down.

"The project is a family one, which depends on Greg's ability to complete.

"It will be quite an achievement if we pull it off."