Pokeno is quickly turning from a small rural village into a town.

Helen Clotworthy stands outside her dark green Pokeno store, her words drowned by the sound of Mack trucks passing by and laughter echoing from icecream-lovers trying to contain the sticky mess dripping down their chins.

"We've been living in Pokeno for 40 years," said Helen as she picked up a piece of rubbish from a garden box that lines the slightly bumpy, clean cobbled footpath.

Helen and her husband John moved to Pokeno in the 1970s to escape their Auckland city dwelling, in favour of a rural lifestyle where they could raise their first child and start their own business.

They bought Pokeno Bacon in 1977 when it was just a business managed by an elderly man, Percy Harris, who was ready to pack in the bacon and shut up shop.

"It didn't even have a name,"John said. 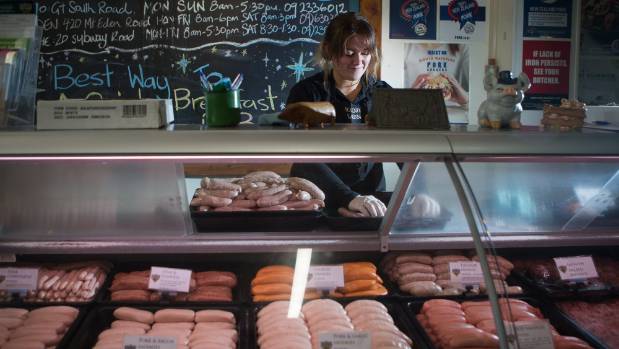 Sam Curley from Pokeno Bacon making sure the sausages are neatly arranged.

The store is located along the once-bustling portion of Great South Rd that serviced the northern section of the highway linking Auckland and Wellington , became a vital stop for many carnivorous travellers wanting to satisfy their savoury cravings.

"It was always busy back then," Helen said, pointing out a small electric fryer situated behind the counter, used to cook sausage samples handed out to bacon-lovers passing through the store.

"If they didn't buy anything then, they would definitely buy something when they passed by next." 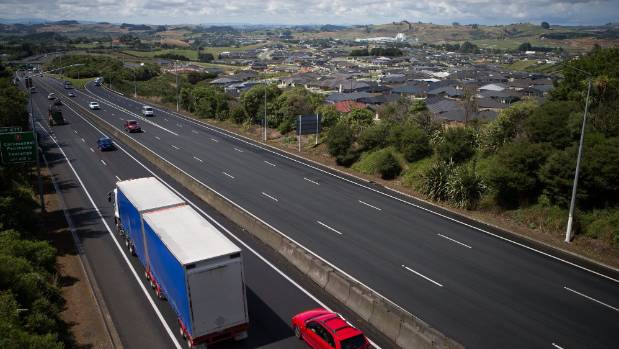 State Highway 1, which bypassed Pokeno's main street, runs next to the town.

And people were passing by frequently.

With approximately 20,000 cars flowing through each day, Pokeno was buzzing and local businesses were booming; moving their products like hot cakes.

It was a financial haven for thriving little stores. But in 1992 business slowed down substantially. Pokeno's Great South Rd, a road that was once near impossible to cross, had become desolate. 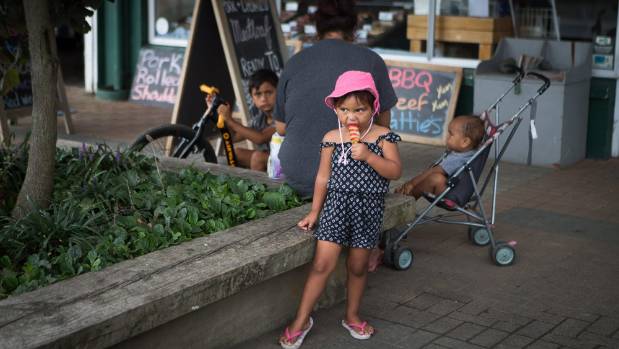 Pokeno is famous for its icecreams, sausages and bacon.

Pokeno's main road had been bypassed by the nation's most significant road in the New Zealand roading network - the 2033 kilometre stretch of State Highway 1 that starts in Cape Reinga, in the North Island, and ends in Stirling Point, in the South Island.

"The North Island was our customer," Helen says. 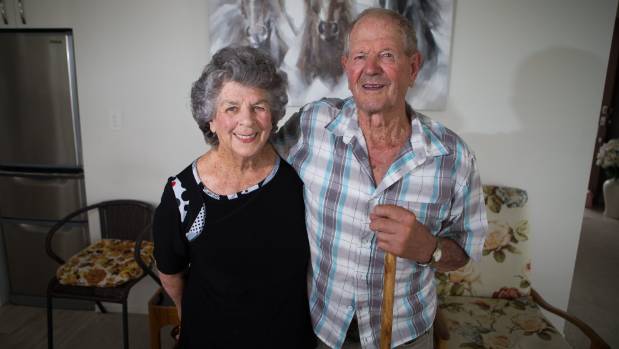 Win McIntosh, left and John McIntosh are deeply invested in Pokeno's past, present and future.

The new national highway system bypassed much of Great South Rd, cutting the economic lifeline of many smaller communities dependent on the business driven by traffic along the highway.

"Before the expressway, it was always busy - there were cars and people around all the time, but afterwards it was a ghost town." 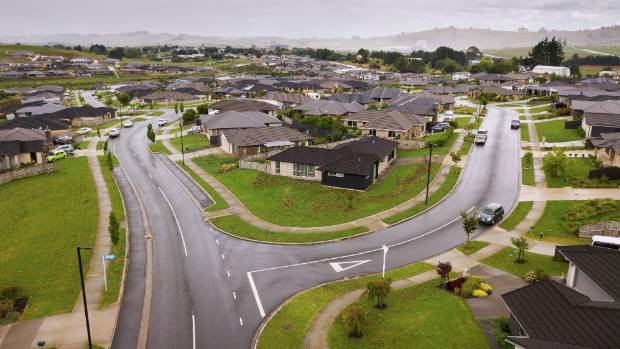 One of Pokeno's newly completed suburbs.

It was death by highway for the small town. Some shops owners were forced to close their doors, while others, like Helen and John were forced to come up with a solution to combat the bypass effect.

"We had to sell some land to reduce our debt," Helen said.

They even opened up a store in Mercer, part of a service centre on State Highway 1, but that wasn't as successful as they had originally anticipated. 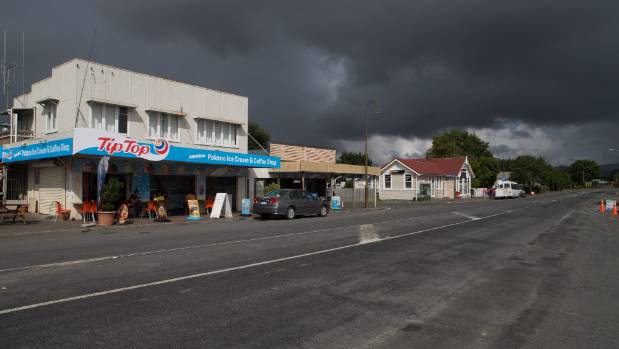 Pokeno's main street is set to get an upgrade this year.

Plenty of attempts were made to revitalise the town, including a bizarre $20,000 year-long name change initiated by Jenny Hannah, an entrepeneur from Pokeno, who introduced the small rural community to the internet.

Hannah, who sold lingerie on her website jenniferann.com, was looking for a way to propel her online company as well as Pokeno. She pitched the name change idea to the Franklin mayor Heather Maloney and Pokeno School principal Dean Parkinson. 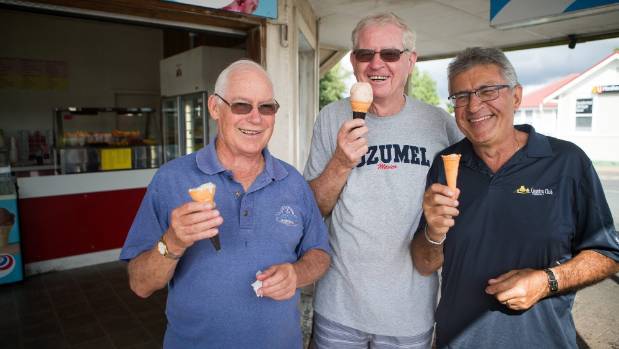 A free town promotion spot on her website, a new computer and free internet access to the school in exchange for changing the name of Pokeno.

Traffic signs that would usually direct people to "Pokeno", were now directing travellers to "JenniferAnn.com".

For the most part the town embraced it. But some didn't.

John and Win McIntosh have affectionately been dubbed Pokeno's "matriarch and patriarch". The couple have been living in Pokeno for 58 years and played a big part in the town's resurrection.

They own many of the main street buildings, including the Pokeno truck stop, the bowling club, and a substantial amount of land around the area.

"It was still a metal road when we moved here," John said.

They spent $230,000 on setting up a new fuel station after Shell decided to close the village's petrol pump.

"In a way we felt forced into it but it's gone a long way to keeping the place alive," John said.

The couple, alongside Helen, worked tirelessly with the council to ensure the council built motorway-standard on and off ramps so Pokeno was easily accessible for those who wanted to visit the town.

But none of the above made a sustainable difference for Pokeno.

John thought Pokeno's future growth had to be managed carefully and managed under the town's own steam.

While Win believed Pokeno's future success depended on a partnership between residents and businesses working closely with council.

Almost smack-bang in the middle of Auckland and Hamilton, and only a 15 minutes drive to Pukekohe, Pokeno's abundance of rural land provided a great place for new homes to be built.

"About ten years ago, Dines Group (property developers) came in and wanted to create some changes and create housing in Pokeno," Helen said.

Once their resource consent was approved they had a 30 year development plan. But with the extreme increase in growth the town has been experiencing, the plan  was condensed to 10 years.

It's an odd contrast, a sort of old Pokeno and new Pokeno divide. One minute you are passing old cottages and villas, the next you've stepped into a magical cupboard and re-appeared in a new era.

In the new Pokeno, roads are smooth, grass is neatly mown, and gardens flourish. In the old Pokeno, for sale signs with the word sold splashed on it are dotted down the old, pot-holed streets, with the odd derelict home poking it's face through over-grown front yards.

According to the Waikato District Council, Pokeno had a population of around 2000 people in 2013. That number is set to increase to 7000 within the next 10 years.

In order to cater for the town's expansion, CareVets opened the town's first veterinary surgery and the town also celebrated the opening of their first library last year.

Helen says the town was set to receive a dog exercise area, new footpaths, a sports reserve, redevelopment of the town centre including new retail store to give visitors more shopping diversity, and a supermarket.

"We have already got (people) educated to come here, now we want to have a better selection for them to look at when they come here," said Helen.

Pokeno was once a "blink and ya (sic) miss it town" as Helen described, but now you'd struggle to miss it.

Next time you are heading up or down the Bombay Hills think for a second: 'when was the last time you had some of the nation's best bacon, sausages and icecream?' Turn off the straight and narrow State Highway 1 and take a browse through Pokeno, you never know what the town has to offer.