It was once used as a highway, a playground and a place for women to give birth.

A free app - Ngaa Koorero o Haakarimata - has been launched by Waikato-Tainui to educate track goers about the rich history of the ranges (file photo).

And next time you haul yourself up the Haakarimata steps to the start of the ranges, you can plug in your headphones and be toured through the ancient Ngaaruawaahia track.

A free cellphone application - Ngaa Koorero o Haakarimata - has been launched by Waikato-Tainui to educate track users about the rich history of the ranges. 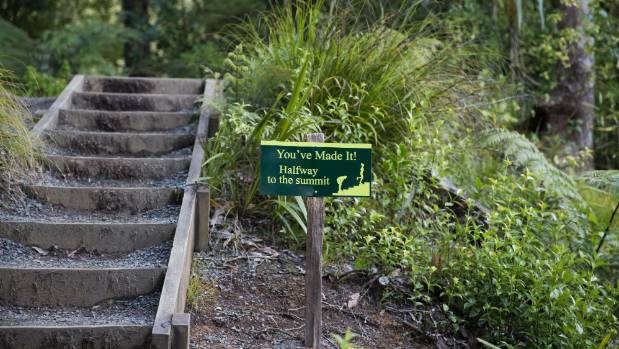 Next time you haul yourself up the Waikato region's most popular steps, you can plug in your headphones and be toured through the ancient forest.

Kaumaatua and rangatahi narrate, sharing facts, history, proverbs and their own stories about the ngahere, once abundant with kauri, tui and food, including freshwater crayfish and kumara. 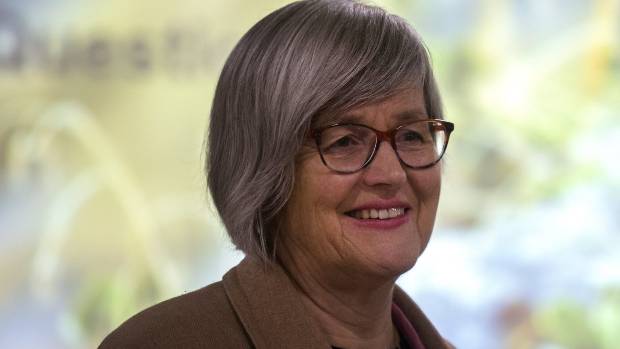 Conservation Minister Eugenie Sage, who attended the launch, said the app was a great way for Waikato-Tainui to educate people around the human history and ecological significance of the place (file photo).

Before cars, the ranges were used as a highway for those without waka.

And pregnant kuuia would be taken there to give birth on a nest of ponga and rushes, Moengaroa Solomon, who has lived in Ngaaruawaahia for 75 years, says through the app.

There was plenty of water from the spring and rongoaa - abundant in the bush - was used to stop any hemorrhaging.

For Ngaati Tamainupoo and Ngaati Maahuta, Haakariamata is a special place, Waikato-Tainui general manager of development and well-being Marae Tukere said. The app was designed to share its story with all track users.

"We have such great storytellers in our tribe, from people who have been brought up and raised in Ngaaruawaahia and have used the Haakarimata Ranges as their playground. So you have a lot of kaumaatua stories and what they used to do up there."

There's still something special about the place, Tukere said.

"It's funny, we've talked about it before - everyone is so friendly up there ... you don't get grumpy people.

After downloading the application, no internet access is needed. Narration begins after the application is opened as users pass the carving at the start of the track.

Between the stories, boxer and personal trainer Cairo George offers encouragement and talks app users through breathing and pushing through fatigue.

The tough track is part of the appeal, Tukere said.

"I've done it three times and died on the way up. I think it's a challenge. But it's actually a really beautiful spot. At the bottom, you pass the waterfall and if you've ever touched the water, the water is freezing."

And the stories could provide distraction from your sore legs and burning lungs.

Conservation Minister Eugenie Sage, who attended the launch, said the app was a great way for Waikato-Tainui to educate people around the human history and ecological significance of the Haakarimata Ranges.

"The quality of production is incredible, just stunning."

Sage said she's been encouraging the Department of Conservation to do something similar, but Waikato-Tainui are a step ahead.

The launch was bittersweet, as some of the kaumaatua involved in the project had died before the launch and were unable to see the final product.

"But their stories, their koorero, lives on," Sage said.

Get a sneak peek of the application here.